→ (Bleaching with Laser as Pdf) 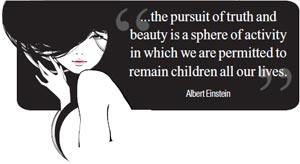 Tooth whitening has a long, historical traditionthat extends back to the very first centuries AD. Along with tooth extractions, it was an accepted practice already in medieval times, performed by applying aqua fortis (a solution of nitric acid) after a simple rough polishing of the enamel surface. The procedure was performed by the "dental surgeons" on duty in those days, known as barbers. In the 19th century, new methods were developed with oxalic acid (Chappel 1887) and superperoxide, which is thus the first documented use of hydrogen peroxide (H2O2; Harlan 1884). In 1918, Abbot discovered a fundamental formula for tooth bleaching, entailing a combination of light, heat production and the chemical interactions of stabilised H2O2 at 35% (superoxol). Since then, the formula has been refined continuously, but not changed in essence.

Studies in the late sixties by Zach and Cohen, and Nyborg and Brännstorm determined the safety settings to control heat influence on the pulp, and in 1970 the effectiveness of H2O2 on dentine was established. During the sixties and seventies, carbamide peroxide was used as an oral antiseptic, with an additional whitening effect discovered during treatment. This phenomenon was subsequently analysed (Klusmier 1960), and Haywood and Heymann later developed the original home-bleaching process. The first commercial products were launched on the market as White & Brite by Omni (1989) and Opalescence by Dent Mat (1991), among many others.

The current home-bleaching process entails the chemical decomposition of carbamide peroxide into H2O2, among others, but with an effect that is six times weaker in comparison to the original protocol. In the late sixties, Nutting and Poe developed the walking bleach method for non-vital teeth, which involved placing a mixture of superoxol and sodium perborate into the pulp chamber for a week, a protocol that was further adapted without altering the basics. An entirely new series of heat sources like plasma and LED lamps combined with corresponding bleaching gels, paved the way to the new millennium with names like BriteSmile (Discus Dental) and the various generations of Zoom. Professional literature on bleaching and cosmetics emerged at the beginning of the nineties, with the first publications by the pioneers Goldstein and Garber, followed by many others.


The two principles are not mutually exclusive. The bleaching procedure was described step by step in 1991 in Albers' ADEPT report. It involves a redox process in which complex, dark-pigmented carbon rings are reduced through oxidation to more simple chains that absorb less light, reflecting light more intensively and appearing brighter. The redox process continues until the saturation point is reached. Thus, it functions as an absolute emergency stop to avoid any fatal decomposition of the tooth structure to CO2 and H2O through ruptures of the molecular structures, which would result in noxious complete oxidation.


Since November 2009, dental practitioners have had the choice of a new innovative laser-activated whitening method, initiated by a wavelength-specific chromophore or activator as an essential part of the bleaching powder. Additional TiO2 limits the thermal side-effects, allowing a maximal increase of 1.5 to 2°C at the delicate border between the bleaching gel and the enamel surface.

A corresponding large series of ESEM analyses from the University of Vienna (Prof. Andreas Moritz and Prof. Johann Wernisch) provided no evidence of any change in the enamel-surface morphology before and immediately after bleaching. Consequently, there is no longer any need for specific 48-hour postoperative instructions about smoking or food and drink consumption, a conclusion supported by several basic studies. There is no risk either of any kind of pigment staining the teeth during the first two days.

From our clinical experience, we have concluded that post-operative complaints or sensitivities are very rare and limited to the day of treatment. In addition, the whitening process continues for about two more days post-operatively and the final result is often a natural-looking aesthetic whitening of several shades. This protocol even improves grey tones: a revolutionary outcome, since those shades are very challenging for any external whitening process.


Case 1
The first case was a cosmetic pre-treatment before veneer placement. This case demonstrates a new method of laser-activated tooth whitening using protective glasses and a bleaching set, with a wavelength-dependent activator in the bleaching powder and H2O2 liquid (ca. 25%). They were mixed to a creamy consistency and then left to rest for two minutes.

Pumice (no prophy paste) was used to remove biofilm from the teeth, and the gingiva was covered by the liquid dental dam (Figs. 1 - 3). After the dental dam had set, the mixture was applied to the buccal tooth surfaces (Fig. 4) and then irradiated at the chosen wavelength, scanning each surface for 30 seconds. Three or four cycles per session are allowed and a final application can be done after two weeks at the earliest. A final polish and fluoride application concluded the bleaching session. The patient was then given basic instructions for post-operative care. A shade comparison should be done after a minimum of two days (Figs. 5 & 6).

A detailed spectrometric analysis (SpectraShade by MS.ch as a clinical application, simulated on the Fig. 7) before (Fig. 8), immediately post-op (Fig. 9), and not earlier than two days on six tooth surfaces accompanied the whitening process. The results were registered and validated by using the original Spectra Shade software.

For this purpose, the results of the complete analysis before the first bleaching cycle and the graphical translation of the shade variations were compared to the classical VITA parameters (red frame, Fig. 10). The dark blue frame shows the evident shift to brighter shades (Fig. 11). In addition, Figs. 12 & 13 show the final results of the spectrometric analysis of the central left incisor (after selective external bleaching of this surface only) just before and immediately after the complete bleaching on the day of treatment. Another spectrometric analysis was carried out eleven days after the operation (Fig. 14).

Case 2
The second case demonstrates treatment with an already high shade as a challenging starting point. Treatment of this case entailed laser irradiation of three cycles of 30 seconds each using an Nd:YAG laser (Fidelis Plus III, Fotona) with the corresponding R24 bleaching hand piece. Bleaching (Fig. 15) was followed by surface conditioning with Er:Yag/Fidelis Plus III by Fotona and cementation with Variolink Veneer and Syntac Classic by Ivoclar Vivadent. Minimally invasive veneering (Fig. 16) completed the treatment. A complete analysis was made before the first bleaching, with a translation of the shade variations to the VITA parameters. In addition, a spectrometric analysis was carried out immediately after the three bleaching cycles by Nd:YAG/Fidelis plus III (Fotona) with the bleaching hand piece R24 and the corresponding shade variations (Fig. 17). One week later, another spectrometric analysis followed (Fig. 18, numerical translation of the shade variations Fig. 19). Fig. 20 gives a comparison between the initial parameters before the bleaching (red frame), immediately after the bleaching (blue frame) and the final results (darker blue frame).

Case 3
The third case was treated using combined twostep whitening before the definitive aesthetic restoration. The first step entailed combined laser-assisted endodontic revision of the non-vital left max-illary central incisor using Er:YAG and Nd:YAG lasers (Fidelis Plus III, Fotona), followed by selective external bleaching using an Nd:YAG laser with the R24 hand piece for four cycles of 60 seconds each (Figs. 21 & 22).
The second step involved complete combined bleaching of both arches using an 810 nm diode laser (ARC) with a photo-biomodulation (PBM) hand piece for two cycles of 30 seconds each and an Nd:YAG laser with the R24 hand piece (Fotona) for one cycle of 30 seconds (Figs. 23 & 24).

Figs. 25 & 26 offer a comparison between the situation before any treatment and after the final bleaching (before definitive restorations).

This new and innovative addition to the field of laser-assisted tooth whitening is a precious enrichment to minimally invasive therapies that are part of the daily office routine. Tooth bleaching is a prudent evidence-based choice in cases of aesthetic imbalance, often because tooth-shade variation is an evident social, private and professional obstacle, and the clinician's professional knowledge and the patient's treatment needs are the focus. For the laser user, tooth bleaching is a safe and cost-saving alternative because the bleaching powder can be adapted to the in-office laser wavelength(s) via specific activators. Handling is easy and can be carried out by assistants as part of a low-level energy laser treatment.

We wish to acknowledge Profs. Johann Wernisch and Andreas Moritz, along with their teams at the University of Vienna, for supporting the development of the study, providing the literature and the test measurements, as well as the ESEM images of interactions with a wavelength activator on the enamel surface.